Record-breakers in the news today

April Fool’s Day has come and gone. Were you one of the many who fell for jokes played by Google, YouTube, and their Internet friends? One can only imagine a world in which Twitter’s free service didn’t allow the use of vowels, but some people did indeed find themselves holding the bag on some of the pranks.

The jokes were all in the name of fun, though, and we would love to see a worldwide vote on which was the best, like the record-breaking Largest Internet joke vote conducted by LaughLab from September 2001 to October 2002. Psychologist Richard Wiseman and the British Association for the Advancement of Science put more than 40,000 jokes out to the public in that time and received over 2 million votes on which was funniest.

Meanwhile, Samoa Air chief executive Chris Langton had to take to the media to reiterate he wasn’t joking when his airline recently decided to charge passengers based on their weight. 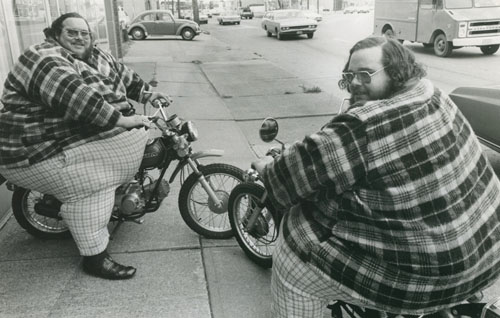 In a state known for giving us the fake-tanned sensations of “ Jersey Shore,” governor Chris Christie of New Jersey has signed a new law that forbids under-17s from using commercial tanning beds, and those under the age of 14 from any spray-tanning procedures in tanning facilities.

The law was inspired by the now-infamous “ Tan Mom,” who is a good reminder to always try to tan naturally. We’re reminded of the good people in Brisbane, who hold the record for most people applying sunscreen at Corinda State High School on June 22, 2012, at 1,143 healthy sunbathers.

Moving up the Pacific, the size of the Chinese film-going population has caused a number of Hollywood blockbusters to alter plot points, dialogue, or characters exclusively for their releases in China. Brad Pitt’s upcoming zombie thriller “World War Z” is the latest to join the club.

Having accounted for $2.7 billion (£1.78 billion) in box office revenues last year, China is certainly the right place to please if “World War Z” has any hope of making a run at the highest box office gross by a horror film, held by “The Exorcist” at more than $441 million (£291+ million).

And, lastly, why can’t we all just get along? That’s the message late-night talk show hosts Jay Leno and Jimmy Fallon tried sharing Monday night, as they joined forces in a duet aimed to poke fun at the recent “Tonight Show” succession plan rumors in the news.

Why all the fuss over this program? Well, “The Tonight Show” is the longest-running TV chat show, after all, having been on the air at NBC since Sept. 27, 1954.