We’re today happy to announce that Sultan Kosen, the world’s tallest man, has married in a private ceremony in the south-eastern city of Mardin in Turkey.

Sultan rose to fame in 2009 when he was recognised by Guinness World Records as being the world’s tallest man. 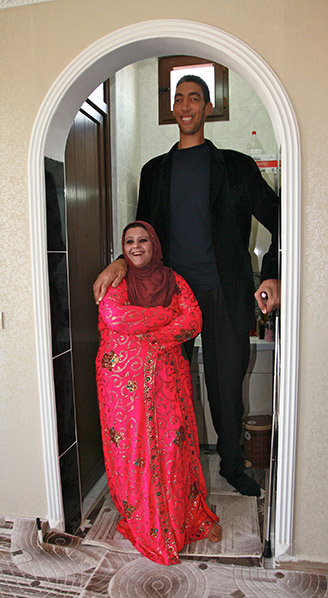 On his first visit to London, UK, in September 2009 he said that he hoped his newfound fame would change his life, and help him find a wife: “It’s really difficult to find a girlfriend. They are usually scared of me. Hopefully now that I'm famous I'll be able to meet lots of girls. My dream is to be married."

In the two years that followed Sultan’s life did change; the exposure his record-breaking stature received saw him benefit from free life-saving surgery to stop his growth, specially tailored clothing and the opportunity to travel the world. It was only on Sunday, however, that he fulfilled his dream of getting married. 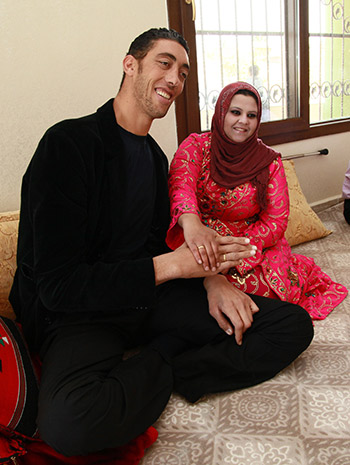 The couple met through a mutual friend. She travelled from her home of Hasaki, in Syria, to his village Dede köy in Turkey to meet him.

They only begun dating two months ago, but say they knew immediately that they wanted to be together. 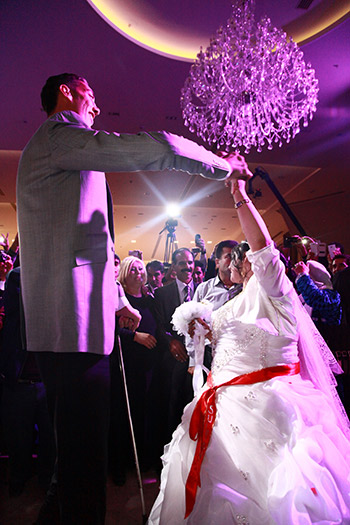 Sultan says: “When I looked into her eyes, I knew it was love”. Merve says: “At first everyone around me told me not to marry him because of his height, but I fell in love with his heart, not his height. His height doesn't bother me at all.” 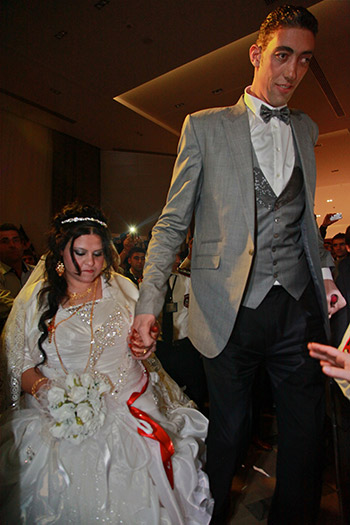 The couple, who are Muslim, enjoyed a full wedding party following Sunday's ceremony with over 1,500 guests, including a representative from Guinness World Records and local dignitaries.

After the wedding the happy couple headed back to their specially made home in Dede köy, where they say they hope soon to have two children “god willing.”