Fast-fingered composer Sai 'Psychuck' Manapragada made his way into the record books last Friday, after smashing the previous best for the 'most piano key hits in one minute.'

Manapragada secured the title in front of an audience of more than 1,000 of his friends and family from the local community, at a concert for the benefit of the Sankara Eye Foundation which seeks to end curable blindness in India by 2020.

Manapragada's performance racked up a total of 669 key hits, beating the previous record of 498 that was achieved by Hungarian Balazs Havasi in November 2009 at the Music Academy in Budapest. 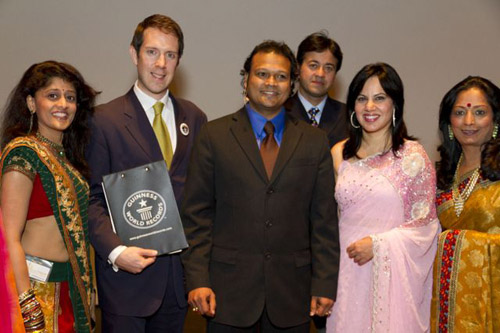 The record attempt was recorded by a video camera attached to the piano and played back in slow motion to enable an adjudicator from Guinness World Records to determine the exact number of times the middle C key was struck.