The coastal city of Busan in South Korea has a prestigous world record to sit proudly alongside its beautiful beaches. The brand-new Shinsengae Centumcity Department Store is now officially recognized by Guinness World Records™ as the largest department store in the world. 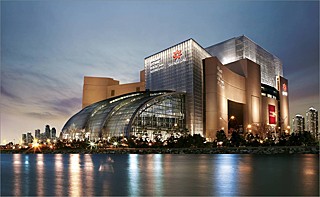 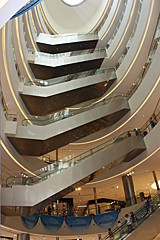 The Shinsegae structure contains floor upon floor of designer names representing everything from fashion to books and from kitchenware to toys. It also contains a beautiful spa, a relaxing roof garden and an impressive 60-tee golf driving range. 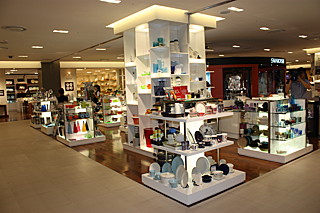 Guinness World Records Adjudicator Michael Whitty attended an official ceremony after studying the extensive surveyor's report and personally viewing the entire store. He was joined on stage by executives from the Shinsegai Corporation as well as the mayor of Busan. A large and eager group of journalists, photographers and cameramen were also in attendance as well as hundreds of happy shoppers. The story ran on national news all day and night.

Many congratulations to the Shinsengai Corporation and to the city of Busan. 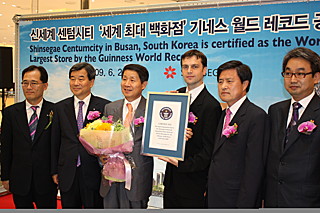