Largest game of capture the flag 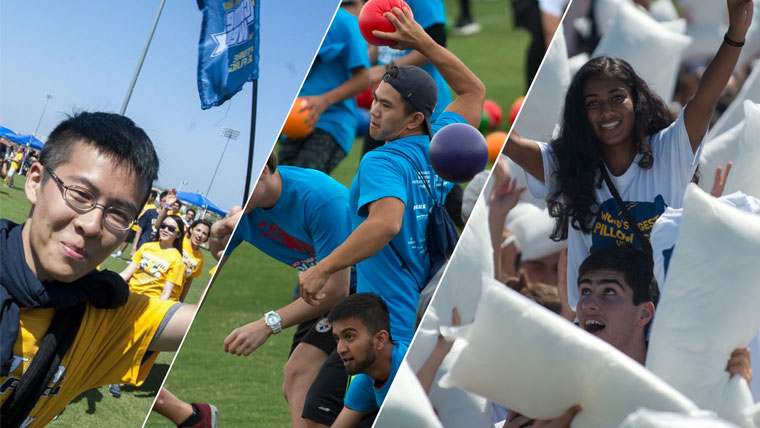 The University of California, Irvine (UCI) has an ongoing tradition of attempting a Guinness World Records title to kick-off their Welcome Week festivities. The tradition began in 2010 and has since become a well- known Welcome Week activity that brings incoming freshmen and returning students together.

Over the years, the Guinness World Records attempt has served as an epic ice-breaker that allows students to connect with each other, create new friendships, become engaged in campus life and, best of all, leave with an unforgettable memory.

In continuing the tradition of attempting competition-based world records, UCI’s student government leadership team organized its sixth record, this time for the Largest game of capture the flag. With the anticipation of making history again, thousands of students participated in the record attempt and a new Guinness World Records title was set with 2,888 participants.

I know how excited the students are to break records every year. I’m happy to continue this tradition and to have this as a part of Welcome Week to begin the year.