Live record breaking on board Royal Caribbean Quantum of the Seas 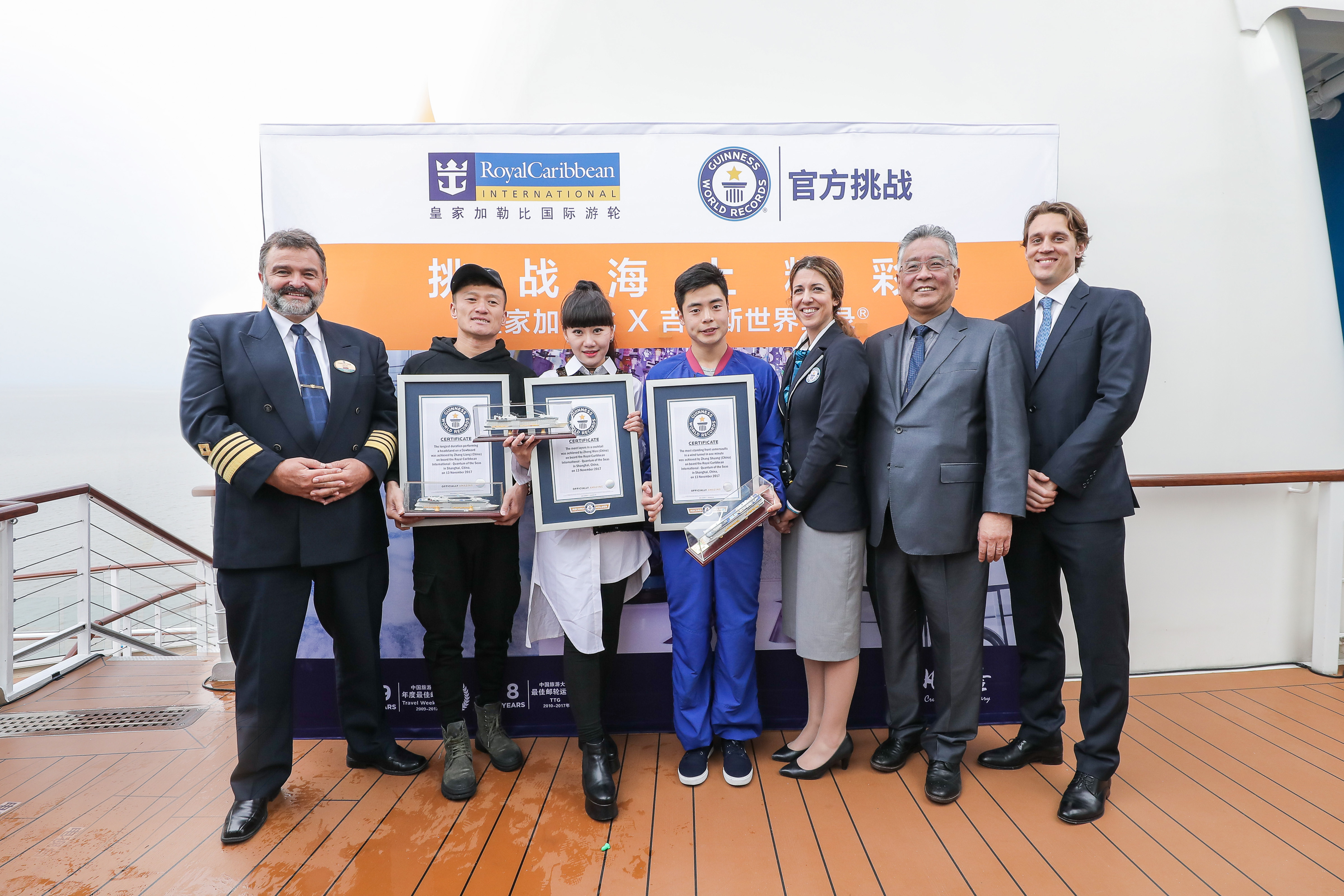 In order to strengthen media awareness of the brand, Royal Caribbean International has regular PR events on board. In 2017, they hoped to achieve three GUINNESS WORLD RECORDS titles to highlight the ship’s most distinctive facilities and make the event a media focal point.

The record titles attempted were based around some stand-out features on the Royal Caribbean Quantum of the Seas – their Robot Bartender, FlowRider Surf Simulator and RipCord Wind Tunnel.

The most layers in a cocktail, the longest duration performing a handstand on a flowboard, and the most standing front somersaults in a wind tunnel in one minute were attempted by expert challengers. The three challengers were the “Cocktail Queen” Zheng Wen, surfing enthusiast Zhang Liang, and two-time Guinness World Records title holder, Zhang Shuang. The three contestants spent two days onboard training intensively, and were ultimately successful in achieving the new records.

The organisers invited television, print and online media to report from the venue, all of whom, along with Royal Caribbean, were unanimous in regarding the event as a great success.