Most Models Modelling on a Catwallk 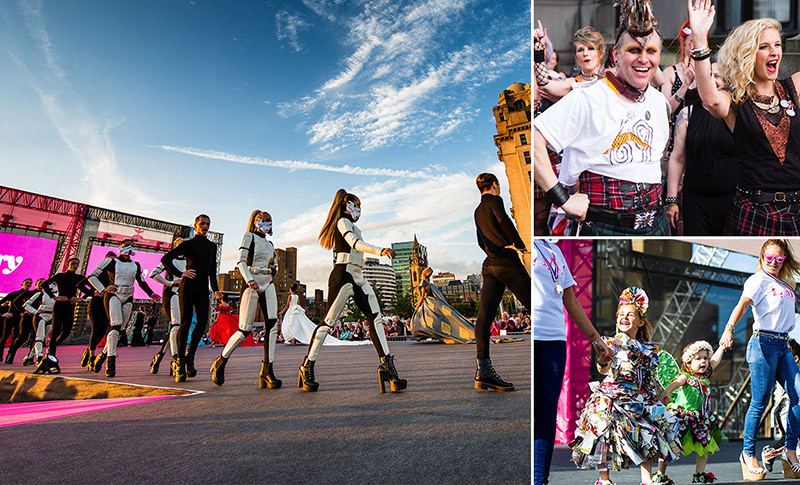 For the 175th anniversary of the first passenger transatlantic crossing, Culture Liverpool as part of Liverpool City Council were looking for a unique, fun and engaging way to bring together an entire community.

Their key objective was to generate interest in the history of travel between Britain and America and showcase the city’s diverse, welcoming, expressive, humorous and fun-loving spirit which was influenced by this Transatlantic history.

Culture Liverpool teamed up with online retail giant Very.co.uk and renowned designer Wayne Hemingway MBE, they decided that they would attempt to break the current Guinness World Records title - Most people modelling on a catwalk.

A huge gathering of community groups, professional models, children, pensioners, sporting legends and celebrities sashayed right past the previous record of 3,083 bringing an incredible 3,651 people to the catwalk! The spectacular fashion show took an intense 3hrs 50mins from start to finish.

Scooping the title and receiving an official certificate from Guinness World Records, Culture Liverpool attracted national media attention and engaged hundreds of thousands of people with the city’s history.

We’re so proud to have broken this Guinness World Records title. It’s the icing on the cake and a fitting ending for what has been a fantastic summer of events in the city.