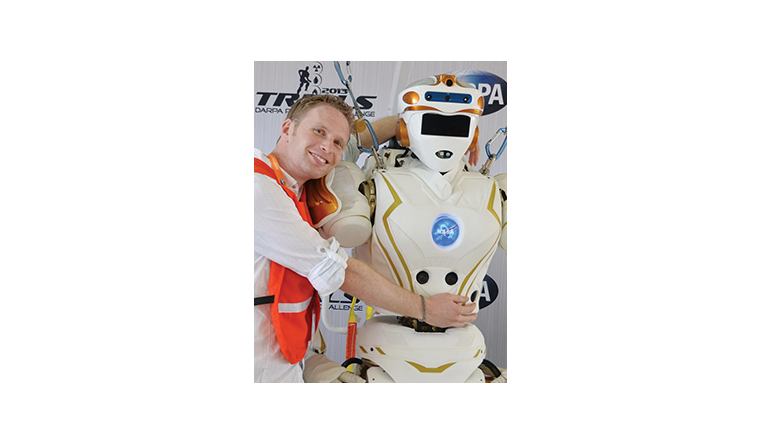 Evan Ackerman has been writing about robots for over 10 years. After co-founding his own robotics blog in 2007, he began contributing to IEEE Spectrum magazine in 2011, and he's managed to write nearly 7,000 articles (and counting) on robotics and emerging technology. In addition to Spectrum, Evan’s work has appeared in a variety of other websites and magazines, and you may have heard him talking about robots on NPR’s Science Friday or the BBC World Service if you were listening at just the right time. Evan has an undergraduate degree in Martian geology, which he almost never gets to use, and he'd be delighted to talk to you about impact craters given half a chance. Tracking down interesting robots has taken Evan to conferences and events on almost every continent, and he's actively trying to work out the best way of getting himself to Antarctica. Evan currently lives in Washington, DC, along with his partner and a steadily growing collection of robot vacuums. In his spare time, he enjoys scuba diving, rehabilitating injured raptors and playing bagpipes excellently.

On 21 March 2019, Robocar – built by British start-up Roborace – achieved a speed of 282.42 kilometres per hour (175.49 miles per hour) at the Elvington race track in Yorkshire, UK. Robocar was also the first autonomous vehicle to complete the Goodwood Hillclimb, –a feat it achieved in West Sussex, UK, in 1 minute 15 seconds on 13 July 2018.