The Guinness Book of Records is published, with a preface by co-founders Norris and Ross McWhirter

1 million books sold across all editions and languages to date 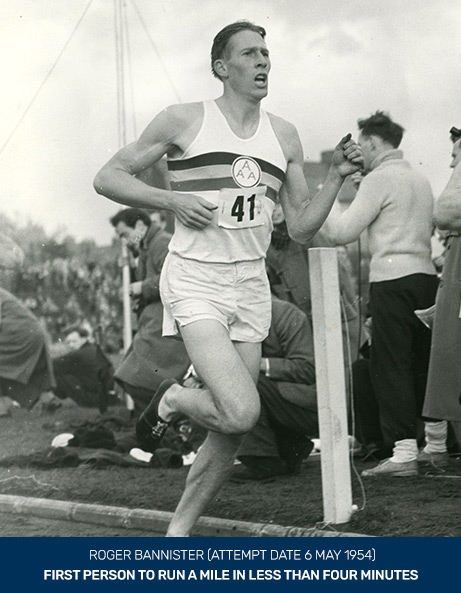 The first series of Record Breakers is filmed for the BBC, hosted by Roy Castle. The first guest is Roger Bannister, talking about becoming the first man to run a mile in under four minutes

The Guinness Book of Records becomes the biggest-selling copyright book in history with sales to date totalling 23,950,000! 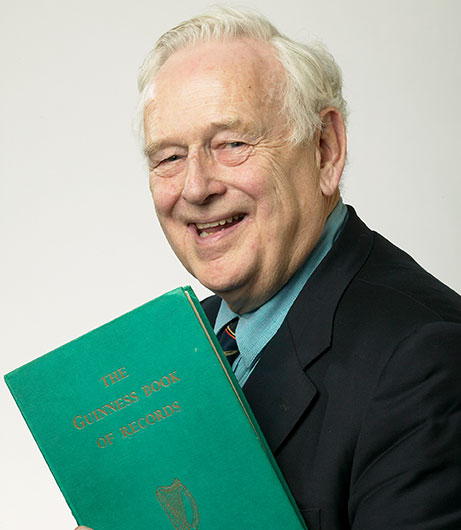 The 1987 edition is published in 31 languages, covering more than 3.2 billion of the world's population!

The Guinness Video of Records launches Guinness World Records 2000 is printed in a single run of 2,402,000 copies, achieving the record for the largest print run of a case-bound book in colour GWR is sold by Diageo (owners of Guinness) to Gullane Entertainment, owners of Thomas the Tank Engine

GWR is sold to HIT Entertainment, owners of Bob The Builder 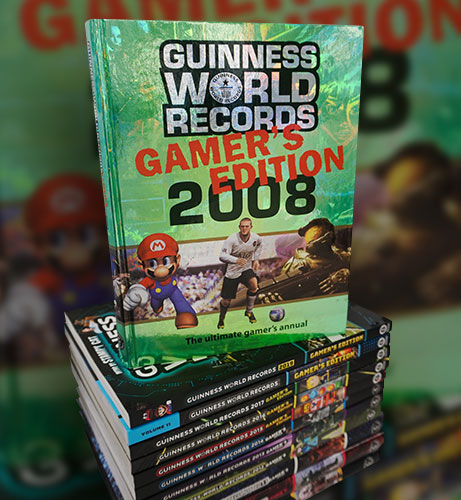 Records printed on Pringles crisps for the first time!

Records Management Team becomes an international team that speaks more than 13 languages processing 1,000 claims every week from around the world GWR is sold to the Jim Pattison Group

GWR visits the White House and helps First Lady Michelle Obama launch the "Let's Jump!” campaign on the South Lawn by adjudicating the record for most people to do jumping jacks in 24 hours - multiple venues (300,265!) Records Management Team adjudicates over 1,000 record attempts across the world

GWR Science Show embarks on a tour of the UK

Year of the 60th Anniversary of Guinness World Records